The actual date of construction for the first lumber yard on this property is no longer known, but files show John Richards was the manager of the local yard in 1900. In 1909, Olcott Lumber Company was organized and began to expand. Olcott Lumber Company was sold to Lampert Yards, Inc. in January 1967. It remained under Lampert’s ownership until the (then closed) property was purchased by the Village of Turtle Lake in 2013. This ideal location ties the museum directly to the industry that drove European-American settlement to Turtle Lake.

The Turtle Lake Museum is currently open on second and third weekends each month, June through September, with October dates regularly scheduled for school tours. There is no admission charge to visit; the museum is operated and maintained entirely on donations and fundraisers. We hope you’ll stop by to learn more about our area’s rich history! 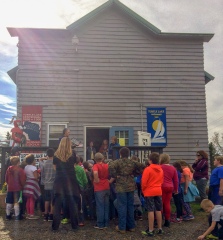 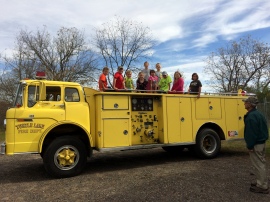